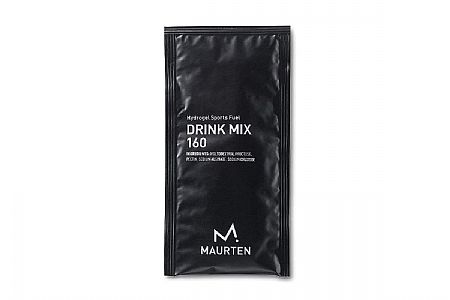 I haven't gone on a bike ride of more than an hour without a bottle of this in years. This has become my go-to carb drink for energy supplement in between snacks. I usually ride with two bottles so I'll have this and water or a hydration mix of some kind. I always try to eat little and often but I'm a bit clumsy trying to get back to my pocket and then open something and then eat it. It's even worse in the winter with gloves on. So I wind up not eating in between stops. Enter Maurten, which keeps me fueled sip-by-sip with little hits of calories.

I've tried some other carb/fuel drinks but generally prefer these. The generic semi-sweet taste is difficult to get tired of and whatever science magic they've built into this that makes it turn into a gel in your stomach to keep your digestive system settled really works for me, and I have an incredibly weak and picky stomach. I always go for the lower calorie 180 version because that's really enough for me. I'm not depending on this as my sole source of fuel, though I think for a mid-length ride it could probably do the trick. On the spendy side but but the cost per-pack is about average or even lower compared to Tailwind, SiS, Hammer, or Skratch competitors.

Was this review useful to you? Yes/No
Thank you for your feedback.
Fantastic
by Tim Fox

Great hydration and fuel nothing I've used is better

Want to save on all your TriSports purchases? Sign up here for exclusive discount offers. 52