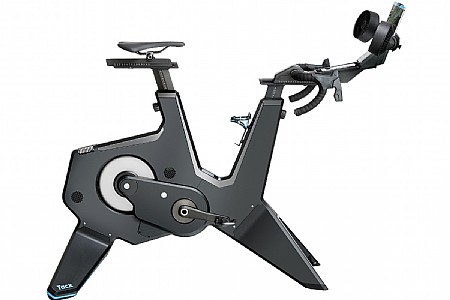 The box arrived on time but was clearly damaged. I watched the UPS driver unload it and my immediate reaction was "Holy Sh*t dude! That's an expensive item!" I commented to the driver about the obvious damage to the box and he said, "Yeah, that stuff happens." During the unboxing process I took several photos in case I encountered any issues. Once the box was open I found a plastic piece, about 6" square by 1/4" thick, that was lying loose within the packaging. I think it was some kind of packaging support (it doesn't belong on the bike anywhere) and it was cracked all the way through, further evidence of the rough handling during shipment. I found a cover screw missing on the bike and, using a screw from the hole next to the vacant hole, determined that the hole was stripped thus the screw fell out. The seat rail would not slide on to the seatpost all the way. It would get stuck just as the first position (1) indicator was lining up with the arrow. I tried lubricating it but it didn't help. I'm an amateur machinist so I got out a machinists rule and determine the seapost 'I' beam rail was warped. Garmin is sending me a free replacement for the seat rail and the seat post, but hasn't said what they plan to do about the missing screw and stripped hole. Garmin said the seatpost must have been bent during shipment, but this is a substantial piece of metal and it didn't show any damage. And though the box was damaged there is no way the packaging could have withstood the kind of force that would have been required to bend the metal 'I' beam. My theory; the 'I' beam is warped right where it is welded to the top of the seatpost, so I suspect it's a problem that results from the heat of the welding process. I've ridden it and really like it a lot. I definite upgrade from the Neo Flux 2 was using previously. But the two quality issues I've encountered leave a nagging doubt about future reliability. Will more screws fall out over time? Was anything internal loosened as a result of the rough handling during shipping that might fail later?

Was this review useful to you? Yes/No
Thank you for your feedback.
Simply great.. and simple to use.
by Lalo Cyclo
Competitive Racer
Monterrey Mx
0 of 4 customers found this review helpful.

Great product, I don't have to use my bike on the trainer anymore..

Want to save on all your TriSports purchases? Sign up here for exclusive discount offers. 38